It’s time to get OUT!

Many people wonder why we would choose such a godforsaken time of year to hold such a big event in Kingston.  It’s the dead of winter in Canada which equals cold, dark, and general misery.  As hundreds of patrons can attest over the years, what better time to rejoice with a community than now? Reelout makes you forget about the winter blahs and brings people together to laugh, learn and love! 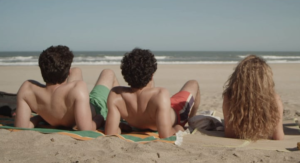 Our programming committee has chosen 47 films from 13 countries, and in many cases these stories take place in rural, pastoral settings or small towns and villages, demonstrating that queer identities due in fact exist outside of major, urban cities. Over the next 12 days your cinematic sabbatical will take you to mountain villages in the snow-capped mountains of the French Pyrenees (Being 17) and the tropical hills of Paramin, Trinidad (Play The Devil); the quaint coastal town of Provincetown (Clambake); a remote and pristine Argentinean beach (Bromance); the once thriving metropolis of Recife, Brazil now almost deserted in the year 2040 (The Cult); the frozen majesty of the Arctic (Two Soft Things, Two Hard Things); lush, pastoral Italian(Arianna) and German (Center of My World) country sides; and the American beauty of 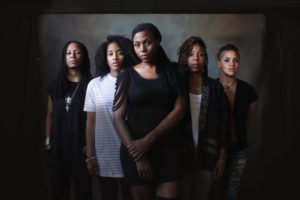 rural Oklahoma (Heartland) or an upstate New York apple orchard (Fair Haven). Many of these stories will resonate with residents of south-eastern Ontario whose lives are far removed from trendy, gayborhoods and a variety of LGBTQ2 resources at their finger tips. Reelout prides itself as a big, queer film festival with a small town feel and we hope as a visitor we make you feel right at home. 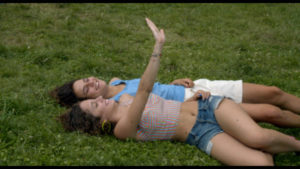 We also want to highlight a couple of exciting special themed evenings during the festival . Our Sinister Saturday (January 27) there are 3 different screenings that tackle crime and punishment in a decidedly more comedic and trashy fashion. Is your ex-girlfriend’s new girlfriend a possible serial killer? Have you ever wondered what Barbie’s life would be like as a repressed lesbian? Then don’t miss our 4pm program WOMEN WHO KILL and B. At 7pm you’ll see the World Premiere of the animated short THE NIGHT CLEANER followed by the dramatic re-enactment of the crazy but true gay porn crime-story KING COBRA. At 9pm we turn down the lights for five spooky tales of queer fear in THEY CAME FROM THE CLOSET. 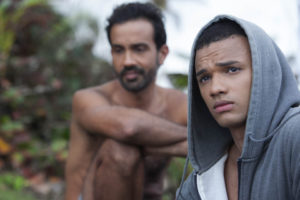 And don’t miss our Thirsty Thursday (Feb 2) where our programming is sure to melt the ice off your boots. At 7pm see the sexy and surprising short film LAST VESTIGES and the black and white drama DADDY’S BOY. At 9pm prepare for the experimental sexual odyssey of HEIMATXXX and the gorgeous PARIS 5:59: Theo and Hugo.

Yes there’s plenty of film screenings and social activities to keep you occupied over the next twelve days so we sincerely hope you GET OUTDOORS and join the community where there is plenty of fun to be had!