What’s Reeling Out This December 2022

Don we now our gay apparel Fa La La La La.. yadda yadda yadda.  We wish you and your loved ones a Happy Holiday season. Here at the Reelout North Pole, our elves are busy making lots of magical gifts for you throughout the month of December, but you won’t be able to enjoy them until our 24th annual Reelout Queer Film Festival (January 26th-February 5th, 2023).  In the meantime, we have four wonderful, inspirational queer films selected by members of our local community that will screen every Thursday this month at 7pm.  Admission is always Free but donations are welcomed! 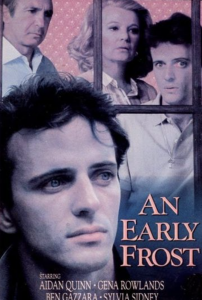 Set in the mid-eighties Michael Pierson, a young gay man, is struck with AIDS in the prime of his life. He’s forced to be open about the disease and his homosexuality for the first time with his co-workers (he’s a successful lawyer) and family. He, and the people around him, must face up to the inevitability of his death and the disease that’s killing him. “An Early Frost” was many people’s first look at an AIDS victim as a human being instead of a statistic. 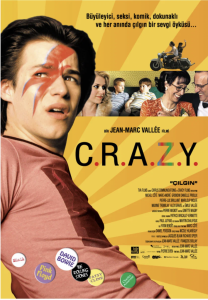 A young French Canadian, one of five boys in a conservative family in the 1960s and 1970s, struggles to reconcile his emerging identity with his father’s values. 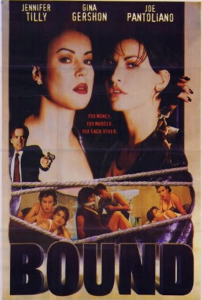 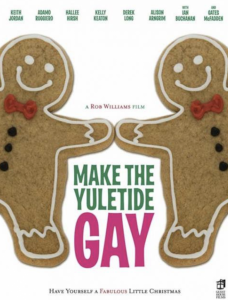 Olaf “Gunn” Gunnunderson, an out-and-proud gay college student, crawls back into the closet to survive the holidays with his family. He keeps his cool as his quirky Midwestern-hearted parents try to set him up with his high school sweetheart, Abby. But when his boyfriend, Nathan, shows up at their doorstep unannounced, Gunn must put on a charade to keep the relationship a secret. With pressure mounting from all sides, will Gunn come out before the truth does? 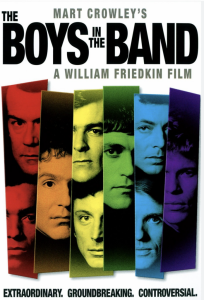 The Boys in the Band d. William Friedkin/USA/1970/118min Selected by Bob Giarda

It’s Harold’s birthday, and his closest friends throw him a party at Michael’s apartment. Among Harold’s presents is “Cowboy”, since Harold may have trouble finding a cute young man on his own now that he’s getting older. As the party progresses the self-deprecating humor of the group takes a nasty turn as the men become drunker. Climaxed by a cruel telephone “game” where each man must call someone and tell him (or her?) of his love for them.

« What’s Reeling Out This November