What’s Reeling Out This November 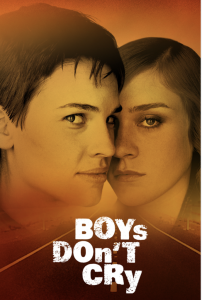 Our “You’re the Inspiration: Queer Movie Socials” selection by Brad Dies is the 1999 drama Boys Don’t Cry by Kimberly Pierce and starring Hilary Swank.  Swank went on to win an Oscar for her performance as Brandon Teena, based on a real-life trans man and the events that lead to their murder in Nebraska.   This is a brilliant film and it is a deeply upsetting film that contains scenes of violence and rape but it is also vital to tell their stories especially just days before Trans Day of Remembrance 2022.  This is NOT a family-friendly film.  Based on actual events. Brandon Teena is the popular new guy in a tiny Nebraska town. He hangs out with the guys, drinking, cussing, and bumper surfing, and he charms the young women, who’ve never met a more sensitive and considerate young man. Life is good for Brandon, now that he’s one of the guys and dating hometown beauty Lana; however, he’s forgotten to mention one important detail. It’s not that he’s wanted in another town for GTA and other assorted crimes, but that Brandon Teena was actually born a woman named Teena Brandon. When his best friends make this discovery, Brandon’s life is ripped apart. 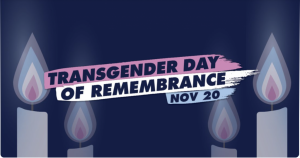 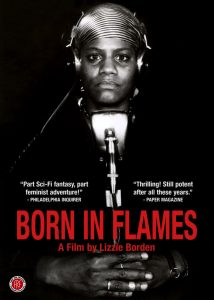 Our “You’re the Inspiration: Queer Movie Socials” selection by MaryLouise Adams & Eleanor MacDonald is the 1983 Science Fiction Feminist Fantasy film BORN IN FLAMES by Lizzie Borden. Set ten years after the most peaceful revolution in United States history, a revolution in which a socialist government gains power, this films presents a dystopia in which the issues of many progressive groups – minorities, liberals, gay rights organizations, feminists – are ostensibly dealt with by the government, and yet there are still problems with jobs, with gender issues, with governmental preference and violence. In New York City, in this future time, a group of women decide to organize and mobilize, to take the revolution farther than any man – and many women – ever imagined in their lifetimes.