Updating daily. Reelout wishes to thank the Department of Canadian Heritage, the Canada Council for the Arts, the Ontario Arts Council and the Kingston Arts Council, The City of Kingston, the City of Kingston Arts Fund, the City of Kingston Cultural Services Department, the Kingston Film Office, the George Taylor Richardson Foundation, the Leonard Schein Fund, Queen’s University’s AMS, and SGPS for direct funding towards bringing visiting artists to our city or providing funds for local artists to perform for our audiences.  We of course thank all of other sponsors and advertisers and donors for supporting the overall festival. xoxo 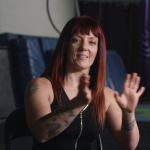 Erin Ball is a circus artist, coach and the owner of Kingston Circus Arts in Kingston, Ontario. After life changing events resulting in the loss of her lower legs, Erin has returned to her passion by adapting and creating new and different ways of executing her skills as a performer. Erin’s current projects include various aerial and ground work, creative and accessible audio description projects, and work with her company LEGacy Circus with Vanessa Furlong. EVENT 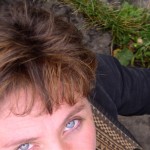 Jenica Rayne is a passionate singer-songwriter, accomplished guitarist, seasoned performer, and music educator. Rayne’s thought provoking songs are about personal and social consciousness. They artfully combine pop melodies with the lyrical sensibilities of the singer-songwriter genre and the storytelling of roots. She has released a number of critically acclaimed CD’s: Hall of Memories (1999), Essential Elements (2005), Live Rayne (2007), Calamity Janes (2013) with the Calamity Janes Band,  the 2013 compilation, Love is Love, and her release, Hit the Ground Running (2014). EVENT 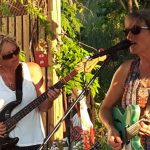 Lynne Hanson is a Kingston-based singer/songwriter who plays both bass and guitar. Her songwriting is soulful and moving, with pretty melodies and compelling turns of phrase, and her voice is reminiscent of Norah Jones and Alison Krauss, pure and unaffected.Lynne’s debut CD ‘The Garden’has been aired on CBC shows Fresh Air and Disc Drive, and was named one of 2007’s top albums by Fresh Air’s host, Jeff Goodes. Her second CD, “All the Time”, released in June of 2008, has received nationwide airplay on CBC, including ‘Canada Reads”, and was featured on CBC music librarian Mark Rheaume’s syndicated review column/show in August of 2008. EVENT 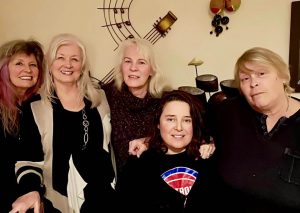 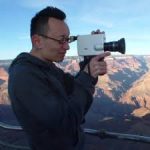 Jason Karman is a Vancouver-based screenwriter and director whose 16 short films have screened internationally at festivals including the Melbourne Queer Film Festival, Whistler Film Festival, and Telefilm Canada’s Not Short on Talent at France’s Clermont-Ferrand International Short Film Festival. Graduating in 2003 with honours in Cinematography from Capilano College, Jason has worked in documentaries, dramas, thrillers and dance on screen. In 2011, Jason received the Gerry Brunet Memorial Award at Vancouver Queer Film Festival for I’M IN THE MOOD FOR LOVE, and in 2015 was recipient of the Jury Choice Award at Reel Pride Winnipeg for KIMCHI FRIED DUMPLINGS. LIONS IN WAITING, his MFA thesis film at the University of British Columbia, won the 2018 Best of BC Award at the Chilliwack Independent Film Festival. EVENT 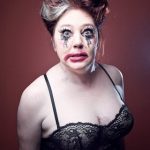 Dayna McLeod –   I am a Montréal performance-based artist. My work uses humour, and capitalizes on exploiting the body’s social and material conditions using cabaret, duration, single channel video, and installation practices. My interests of artistic and theoretical research are in sexual identity construction, gender, feminism, anti-feminist backlash, homophobia, and media representations of sexuality, queer identity, and the female body as public property. I am also interested in copyright/copyleft, Fair Dealing and Fair Use, and their implications on media production and remix culture. I often use remix techniques and strategies to queer and otherwise mashup mainstream media culture. I have vast and varied production experience that is based on in-depth research that crosses media platforms. I am a PhD candidate at the Centre for Interdisciplinary Studies in Society and Culture at Concordia University pursuing an interdisciplinary degree in Humanities that combines studies in performance art, feminism, queer theory, age, and research-creation, and centres my art practice. EVENT 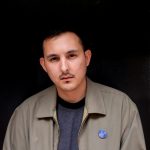 Justin Ducharme – Originally from a small Métis community in Manitoba, Justin Ducharme made his way to Vancouver when he was 18 to further pursue his love for cinema and creative writing. Justin is currently co-editing Hustling Verse: An Anthology of Sex Workers Poetry with acclaimed poet/writer Amber Dawn to be released by Arsenal Pulp Press in Fall 2019. EVENT 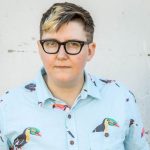 Clyde Petersen-  Clyde Petersen is a Seattle based artist, working in film, animation, music, installation and fabulous spectacle. He is a member of the transgender and queer communities in Seattle. He travels the world with his punk band Your Heart Breaks and hosts a TV show in a small handmade boat in the Washington Park Arboretum. Boating with Clyde features artists from around the world, performing on the waterways of Seattle and can be seen online. Past projects also include the 90-minute multimedia show Gender Failure with Rae Spoon and Ivan Coyote. EVENT 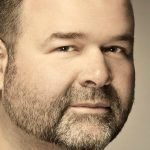 Thom Fitzgerald– Thom Fitzgerald was born in New Rochelle, New York, and is based in Halifax. His debut feature, The Hanging Garden(97), won the TIFF award for Best Canadian Feature Film. His other films include The Wild Dogs(02), The Event(03), 3 Needles(05), Cloudburst(11), and Splinters(18).  EVENT

Michelle Girouard–  Michelle is a theatre artist and yoga instructor living in Kingston, Ontario. She’s happily completing her BFA at Queen’s University with a vision of moving forward with her Masters Studies next year. The bridges between theater and storytelling, contemporary spiritual activism and social healing engage her imagination and heart. Beyond the fun of studies, her children, her chosen family and her garden fill up her with tons of love. Michelle is beyond glad to be sharing creative space with the Reelout Festival again this year. EVENT 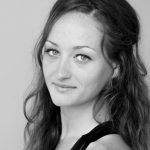 Kay Kenney – Originally from Kingston, ON, Kenney graduated from the Professional Contemporary Dance Programme at The School of Dance(Ottawa) in 2012.   Since then Kay has collaborated in research and performance with Caroline Barrière, Cathy Kyle-Fenton, Sylvie Desrosiers/Dorsale Danse, Jocelyn Todd/Lawless Dance Co, Mayday Danse, Peggy Baker Dance Projects, Andrea Nann/Dreamwalker Dance Co, and Dark Horse Dance Projects.  For 5 years Kay performed and choreographed work for Dances By Youth For Youth, a project originally mentored byPeter Boneham through The School of Dance. In 2016 Kay successfully brought the 1st local full length contemporary dance production to Kingston, followed by spring 2017 where she was the first local dance artist presented at The Isabel Bader Centre for Performing Arts.  Most recently she directed and mentored the first local Contemporary Dance Series to be hosted in Kingston, Movement Market/SERIES 2018. A proud company member of Ottawa Dance Directive for the past four seasons, collaborating with artists such as Chick Snipper, Andrew Turner, Mélanie Dermers, Harold Rhéaume and artistic director Yvonne Coutts.  Since 2013 Kenney has been a company member of Social Growl Dance(Riley Sims/Toronto) and also acts a rehearsal director for projects and intensives.  Kay is a proud member of the Kingston Community and is passionate about evolving the artistic experiences within the city, to open knew doors and give new opportunities for expression and collaboration through movement. EVENT 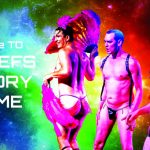 Boylesque TO– BoylesqueTO’s core members (pun intended, always) form a stud-studded line-up, including the ruggedly handsome James and the Giant Pasty, the fiercely seductive Dew Lily, the devilishly sexy El Toro, the dangerously fresh Newfound Lad, and MC extraordinaire Ginger Darling (Johnnie Walker (director of Saturn Devours, featured in the Hotter Than Grindr short program),  — all of whom are guaranteed to knock your briefs off. 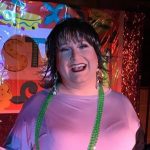 Miss Tyffanie Morgan
Tyffanie Morgan comes from a long line of drag queens in Kingston, Ontario, Canada. She was crowned Miss Gay Kingston in June of 2009 by her drag mother and reigning Miss Gay Kingston, Miss Jas Morgan in recognition of her years of service to numerous community-serving agencies. Having her finger on the pulse of the queer community in Kingston, Tyffanie shares news and events through her podcast Breakfast with Tyffanie and orchestrates a monthly drag cabaret called the T-Show. EVENT 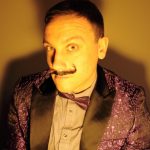 KJ Garyoke Raised by honey badgers, learned to read by the age of 27, spent a day and a half as a Scientologist, and now hosts karaoke. EVENT 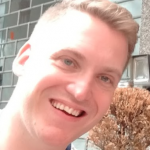 Nathan Hauch  is a public servant based out of Ottawa. He was a researcher and writer for a “City that Fun Forgot?” , produced by Amen Jafri, that explores Ottawa’s (undeserved?) reputation as a dull government town; it was released to national media attention in 2014. Last year, his short, “the art of the morning” , opened the Ottawa Canadian Film Festival in November, and was an Official Selection of the Bluenose Ability Film Festival (Halifax) in December. It will screen twice as part of our EMOTION PICTURES screening and preceding the film LOVE, SCOTT where Nathan will be in attendance. 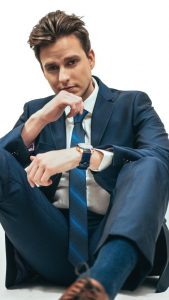 Josh Clapp A graduate from the Humber Bachelor of Film and Media Production program, Josh continues to grow and develop his skills within the film industry. His dedication, professionalism, teamwork skills, intuition, and outgoing personality allow him to always put his best foot forward. Josh has worked on multiple short and feature length films, music videos, and commercials. He has also co-written and produced two independent short films Lost Stars and Tiny House. EVENT 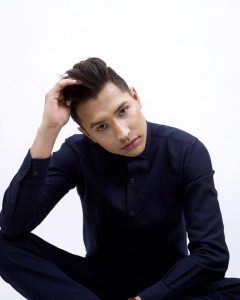 Isaac Alfie  A graduate from the Humber Bachelor of Film and Media Production program, has always been interested in telling stories. From a young age he was intrigued with using film as a medium to bring his creative vision to life. Isaac has successfully developed and directed various passion projects including ‘Solidarity’ and ‘Tiny House.’ He looks forward to continuing to master his craft, push boundaries, and create pieces of work that are not only moving but impactful as well. EVENT 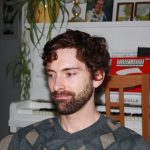 Jonathan Davies tells stories through song, audio documentary and film.  Active in the French-Canadian community, he is a former laureate of the Gala albertain de la chanson songwriters contest.  His 2018 essay, “I can write songs but I can’t script mainstream success,” was featured in the Globe and Mail.  EVENT 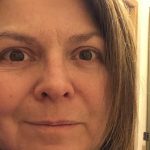 Sandra Jass is a visual and media artist living and working in Kingston. She has an interdisciplinary approach, based in relational aesthetics. She is a past president of Modern Fuel Artist Run Centre and CARFAC-Ontario. After making Miss Tyffanie – Extreme Close Up, Sandra and Jim went on to do a successful radio show on queer issues for CFRC, which aired for 3 years. EVENT