Already the winner of numerous awards in festivals around the world, Reelout is proud to screen Arshad Khan’s beautiful and intimate documentary to a Kingston audience. ABU is a journey to the centre of a fragmented family while they grapple with religion, sexuality, colonialism and migration. Through a tapestry of narratives composed of family footage, observation and classic Bollywood films, gay-identifying Pakistani-Muslim filmmaker Arshad Khan takes viewers through the tense relationships between family and fate, conservatism and liberalism and modernity and familiarity.  Watch the TRAILER. 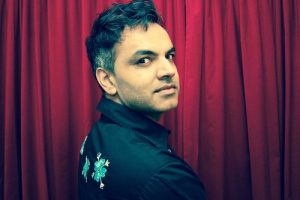 Arshad Khan (Urdu: ارشد خان‬‎) is a Pakistani-Canadian filmmaker. He studied at the Mel Hoppenheim School of Cinema in Montreal, Canada. He is also the director of the premiere South Asian Film Festival of Canada, (MISAFF). He has made a number of short films including though he’s made a number of short films since graduating including shorts Threadbare (2008), Brownie (2011), Doggoned (2012), Valery’s Suitcase (2016) and the documentary short about a young boy with cerebral palsy caused by medical negligence titled Zen (2012). Abu is Khan’s long feature directorial debut in which he tackles his relationship with his family and his own sexual orientation taking viewers through tense times particularly with his father (“abu” means father in Urdu). The film is also about clash of conservative and liberal values and about modernity versus familiarity and traditions. The film had its world premiere at the Los Angeles Film Festival in 2017. Arshad Khan is openly gay. He established “gray matter productions” in partnership with producer Miguel Jimenez. The company creates “cinematic content serving to uplift humanity”. 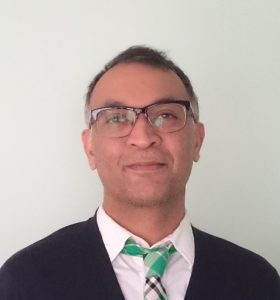 Momin Rahman is a Professor of Sociology at Trent University and a Fellow of the Mark S. Bonham Centre for Sexual Diversity Studies at the University of Toronto, both in Canada. His current research is on the conflicts between LGBT identities and Muslim cultures, including a funded research project on LGBT Muslims in Canada.  He has published over 20 chapters and articles and 3 books, Homosexualities, Muslim Cultures and Modernity, (2014, Palgrave Macmillan), Gender and Sexuality (2010, with Stevi Jackson, Polity) and Sexuality and Democracy (2000, Edinburgh University Press).