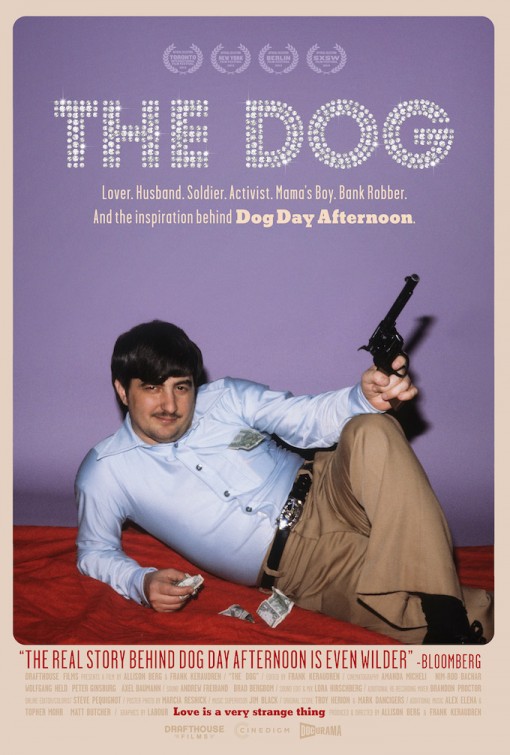 In August 1972, John Wojtowicz attempted to rob a Brooklyn bank to finance his lover’s sex-reassignment surgery. The act resulted in a 14-hour hostage situation that was broadcast on TV. Three years later Al Pacino portrayed his crime in Dog Day Afternoon. When he emerged from a 6-year prison term, he was known as “The Dog.”   Directors Allison Berg and Frank Keraudren began filming THE DOG in 2002. Their long-term dedication pays off in this unforgettable portrait capturing all of the subject’s complexity: he is, by turns, lovable, maniacal, heroic, and self-destructive.   Drawing upon extraordinary archival footage, the film shuffles between the 1970s and the 2000s. We gain a historic perspective on New York’s gay liberation movement, in which Wojtowicz played an active role. In later footage, he remains a subversive force, backed by the unconditional love of his mother Terry, whose wit and charm infuse the film. How and why the bank robbery took place is recounted in gripping detail by Wojtowicz and various eyewitnesses.