AISLES OF LESBOS (1999-2018) we are filling the theatre from aisle to aisle with short films celebrating female sexuality and relationships in all their glory (and mediocrity) We trust you’ll bring your sisters, lovers and friends to join us so we ensure this program lives up to its name!  You’ll see memorable film and video from Reelout’s past years and the latest and best lesbian short films from 2018.  We hope these films will tickle you pink.

The Housesitter by Melissa Levin/2001/15 min/CANADA Two neurotic dykes describe in hilarious detail how to take care of their 3 cats.

bed by Evie Leder/1999/14min/USA bed offers a playful new look at female desire and queer sexuality. Raw, edgy and sexy. Stunning black-and-white images of two women making love are juxtaposed with dreamy scenes of city life, illuminating the contrast between public and private life that many women, lesbian in particular, share.A rich soundtrack incorporates original vocals and ambient elements with sexy, funky trip-hop music. “This well-crafted work of art turned me on, made me wet and stimulated my good taste in art.” – Annie Sprinkle

After Morning by Kelly O’Brien/1999/5 min/CANADA Things the filmmaker forgot and learned about birth control on her trip to America.

You Fake by Maureen Bradley/2003/6 min/CANADA In this hilarious short, two women bet on how many lesbians fake orgasms.

Interviews with My Next Girlfriend by Cassandra Nicolaou/2001/13 min/CANADA The fight to win the title of next girlfriend is the subject of this hilarious short by director Cassandra Nicolaou. Starring a cast of Toronto celebrities including Ann-Marie Macdonald, Diane Flacks, Karen Robinson, Shoshana Sperling and Moynan King, nine women are questioned by an unknown interviewer to see if they measure up.

You Don’t Bring Me Flowers by Jess Dobkin/2012/6 min/CANADA An amusing and provocative re-imaging of Barbra Streisand and Neil Diamond’s 1970’s hit single, “You Don’t Bring Me Flowers” where the artist, playing both roles of Streisand and Diamond, lip syncs the duet as a solo. “Flowers” was created from documentation of a live performance, shot by seventeen audience members using mobile devices ranging from cell phones to HD cameras.

Rubb My Chubb by Alexis Mitchell/2007/9:30min/CANADA This short documentary follows the Fat Femme Mafia, their fat co-conspirators and allies in the days leading up to their first and highly anticipated event. Through interviews, asides, and performances, Rubb My Chubb lays the groundwork for these fierce fatties to continue to make their politics known to the rest of the world.

Stripped by Jevon Boreland and Anthony Hunos/2018/10min/CANADA
STRIPPED is the personal, untold story of Phylicia Carty, also known as Mz Lady Ice, whose life took her in the direction of becoming one of the most revolutionary urban exotic dancers in the Toronto adult entertainment industry. The enticing documentary showcases the struggles and triumphs that come with being a queer, female stripper in a contemporary world that is now gaining mainstream acceptance.

Preslee by Sabrina Budiman/2017/10:49 min/CANADA
Jo seeks consolation at a costume party after coming out as bi-sexual to her family during Elvis karaoke. 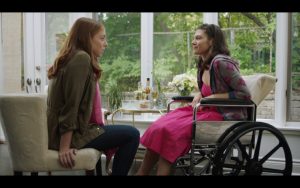 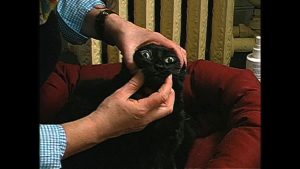 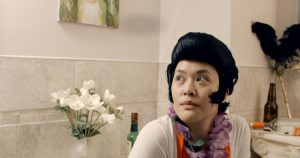