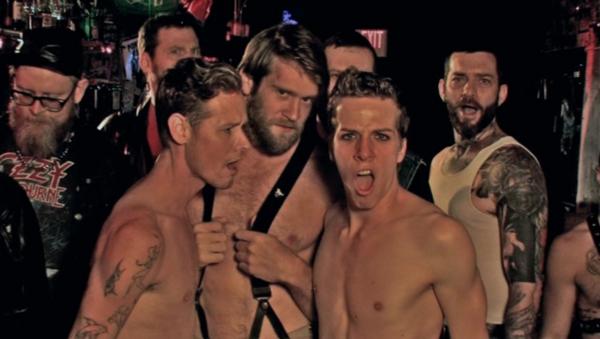 FETISHES & FANTASIES (1999-2018) “Remember that one about the person wandering through a field licking plates?” has been asked more often than you think when conversations turn to Reelout shorts over the years.  Those folks will be happy to know that Elia Singer’s LICKED can be found in this program that celebrates fetish and fantasy.  This program champions the work of 12 filmmakers who fetishize a gamut of objects and body parts like glasses, balloons, plates, pastries, water sports, foreskin, leather and bondage but also imagine fantasy worlds set in dizzying eclectic locales like Edwardian England, Turtle Island during colonization, a leather bar in Seattle, outer space and in the twisted mind of Dayna McLeod.  We hope this collection is just as funny, sexy and wildly imaginative as every healthy sex life should be.

I MAKE PASSES AT GIRLS WHO WEAR GLASSES by Melissa Levin/2000/2min/CANADA What’s sexier than a dyke caressing the edge of her glass? A bevy of local ladies lining up to take theirs off!

HELIUM by Daniel McIntyre/2017/4min/CANADA Helium is a dual-projector work that explores the worlds of competitive bodybuilding and balloon fetish. Originating from a deep fascination of the ability to derive such intense pleasure from otherwise innocuous objects or activities, Helium observes inflation, lust, and explosion.

LICKED by Elia Singer/2000/7mins/CANADA A go-go-get-it girl looks for love in the fine features of many a plate, only to end up falling face first into her one true dish.

PUSSY BUFFET by Anonymous/2001/7min/USA A raunchy bunch of girls and an innovative way to eat a cupcake. Need we say more?

EAT CAKE by John Caffery & Jeremy Laing/2003/3min/CANADA The mysteries of milles-feuilles and the pleasures of pastry dolloped with whipped cream shall not come between us, nor shall custard tarts tear us apart. No, we will savour them together. Drizzled in chocolate sauce and jam-filled for eternity, we are brothers of a sweeter tooth.

GALACTIC DOCKING COMPANY by Clark Nikolai/2009/2:49min/CANADA The commercialization of space causes new discoveries. Using found and original footage shot on Earth and in near Earth orbit, we find that space wants to have an encounter of the most intimate kind.

ULTIMATE SUB ULTIMATE DOM: Maria Von Trapp & Mary Poppins by Dayna McLeod/2009/3:04min/CANADA Imagine Maria Von Trapp from The Sound of Music crawling on her hands and knees across the jagged cold stone floor of the nunnery to the Mother Superior, begging for mercy and looking for a spanking. Now imagine that Mary Poppins is the Mother Superior, wielding a dildo-sheathed umbrella and a ball-gag, and you have a glimpse into the explicit fantasy life of video artist, Dayna McLeod.

GROUP OF SEVEN INCHES by Kent Monkman/2005/7:35min/CANADA Group of Seven Inches borrows from the diaries of 19th century painters of “Indians,” George Catlin and Paul Kane, turning their dismissive writings on the “romantic savage” upside down and inside out. Miss Chief Eagle Testickle (the outrageous alter ego of Cree artist Kent Monkman), forces innocent naked white men to become her figure models, seduces them with whiskey, and when she’s done with them, dresses them up as more “authentic” examples of the “European male.”

LORD COCKWORTHY by Clark Nikolai/2010/9:17min/CANADA Three Edwardian era men go on a picnic in the English countryside. An aristocrat, a photographer and an expressionist painter. The delightfully adventurous day has a turning point for the three highly civilized men when they encounter wild lusty nature in the form of a mythological being in the woods.

ZOLUSHKA by Wes Hurley/2013/7 min/CANADA  A queer rendering of the classic folktale, in which Zolushka (Russian for ‘Cinderella’) is a lonely janitor at a gay bar and Prince Charming (adult superstar, Colby Keller) is a Tom of Finland fantasy come to life.

Join us at BEERS FOR QUEERS at Monte’s Lounge at the Tir Nan Og after the screening! 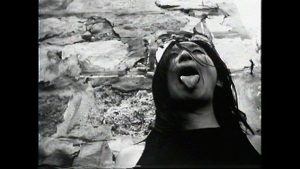