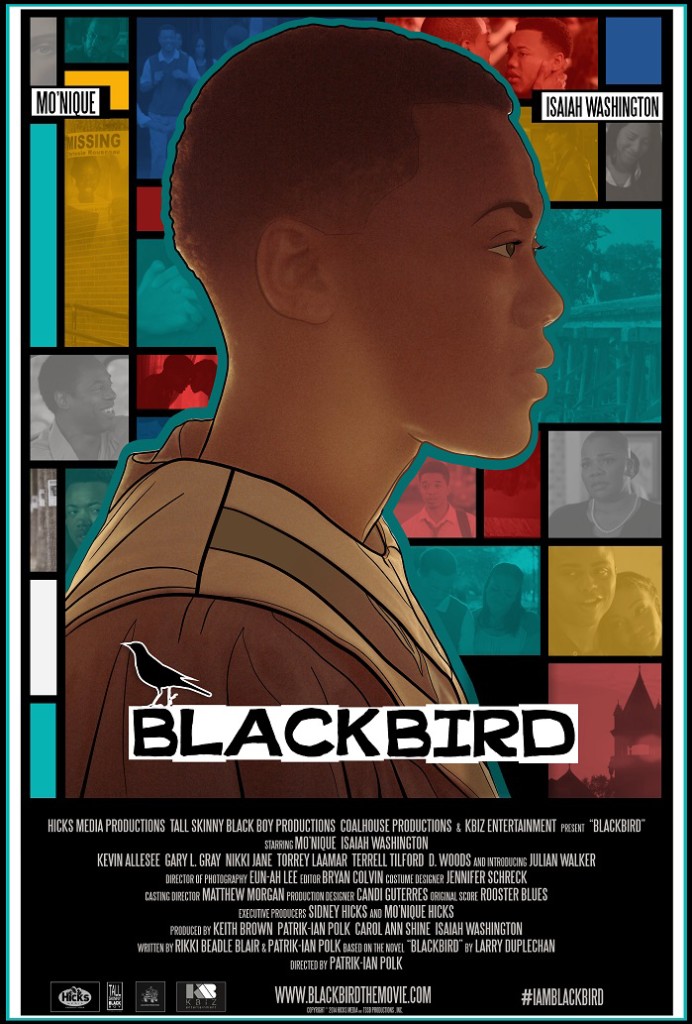 Adapted from Larry Duplechan’s beloved novel of the same name BLACKBIRD tells the story of 17-year-old Randy Rousseau, a devout high school choir-boy struggling to come of age in the small religiously conservative Mississippi town he calls home. Randy juggles his role as star of the church choir with facing the everyday trials of life as a high school misfit- a misfit plagued by eerie visions and premonitions. Complicating matters, his little sister has gone missing and his parents have subsequently split up, leaving him to care for his heartbroken mother, Claire (Mo’Nique). When Claire discovers a shocking secret her son has been hiding, she blames him for the disappearance of his sister. Randy’s father, Lance (Isaiah Washington), who has been keeping a watchful eye on his broken family, steps in to give his son a hand as he struggles to make the difficult transition into manhood.