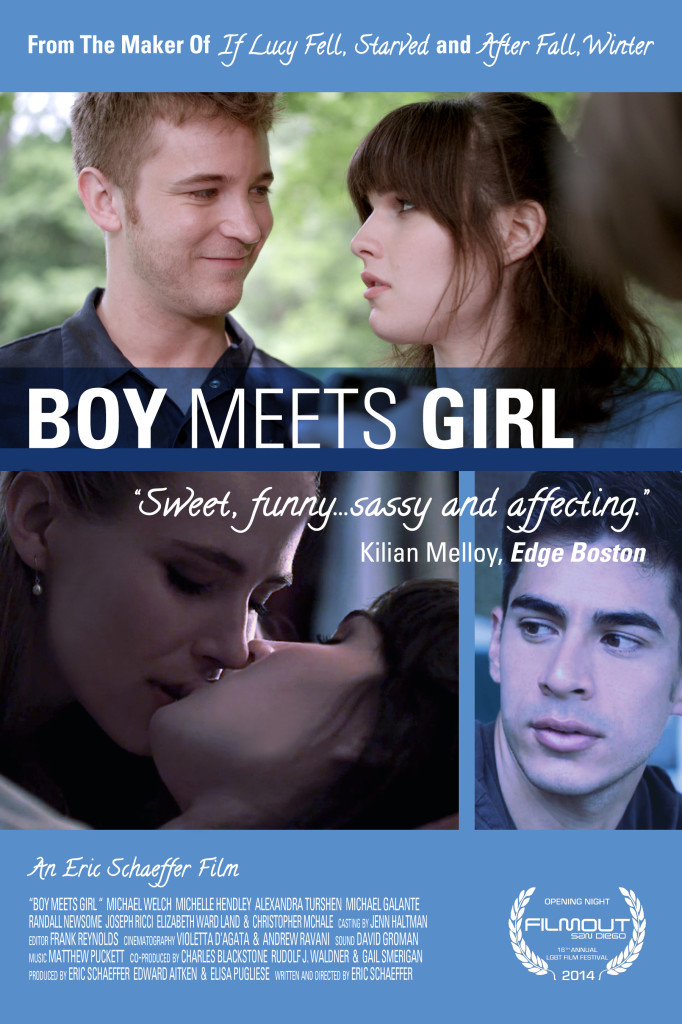 Eric Schaeffer’s new film, BOY MEETS GIRL is a poignant, sexy, romantic coming of age comedy about three twenty year-olds living in Kentucky. Robby (Michael Welch, Twilight) and his best friend since childhood, Ricky, a gorgeous transgender girl, have never dated. Lamenting the lack of eligible bachelors, Ricky considers dating a girl. In walks Francesca, a beautiful young debutante waiting for her Marine fiance to return from the war. Ricky and Francesca strike up a friendship, and maybe a little more, which forces Robby to face his true feelings for Ricky. This is a sex/human positive modern fable and identification with its story crosses all gender and sexual orientation lines.

Resisterectomy is a 4-part multi-media moving image, picture and text installation that challenges the boundaries of a gendered body through the examination and infiltration of, in and on various medical procedures and spaces.