Based on the acclaimed play, DROWN is a hard-hitting drama set against the iconic backdrop of Sydney’s Beaches. Len is a Surf Lifesaving champion, a legend in the cloistered surf club just like his father.  But when the younger, faster, fitter Phil arrives at the club, Len’s legendary status starts to crumble.   Then Len sees Phil arriving in the company of another man; a man Phil gives a farewell kiss too. Phil is gay.  Over the summer season, Len starts to form unexpected, confusing feelings for Phil.  After and awards dinner, Len and his buddy Meat take Phil out on a guys night out. Jealousy, homophobic tensions and unrequited lust culminate in a tragic booze-fueled episode of near-fatal bullying.

As a child and young man James Saunders struggled to find his identity. He won an indigenous scholarship to a private school but found he didn’t fit in there or back with his own family. He found his place in the world with the Gay Rugby Union Club. 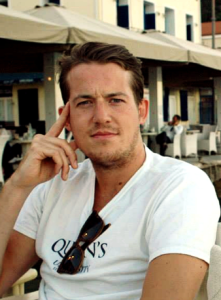 Bryan’s love for sports began at a young age, as he sampled a variety of sports throughout his childhood. At 15, he began playing volleyball competitively within the Ontario Volleyball Association (OVA), and continued club level volleyball for three seasons. After being recruited to play for the varsity men’s volleyball team at Queen’s, Bryan started his five-year athletic career as a Gael, winning two OUA titles and receiving a CIS tournament All Star award for the 2010 CIS National Championship, and a second team OUA All Star award for the 2010/11 OUA season. Off the court, Bryan studied Physical and Health Education within the PHE/KIN faculty, taking particular interest in sport sociology. Throughout his experience as both a closeted and openly gay varsity athlete, Bryan always strived to understand the factors that lead to his experiences, which was directly reflected in the majority of his undergraduate academic research. Upon completing his undergraduate degree, Bryan continued to pursue further education at the International Olympic Academy, studying a Masters in Olympic Studies, and the Organization and Management of Olympic Events. He is currently working on his thesis for the degree, which focuses on LGBTQ rights in international sport, and how they are articulated within the Olympic movement. He is also currently working full time as the Indoor Program Coordinator with the OVA.  Bryan truly believes that sport is a powerful tool that reaches far beyond its own scope, and is passionate about understanding how to create a more democratic space for all to enjoy the benefits that sport brings to our lives.” 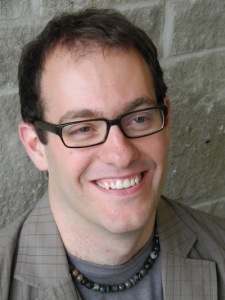 Matt Ventresca is a PhD Candidate in the School of Kinesiology and Health Studies at Queen’s University. His research examines some of the numerous connections between sport, masculinity and the media. Matt teaches a first year course at Queen’s called The Socio-cultural Dimensions of Sport and Physical Activity, in which sport is put in conversation with contemporary social and political issues. He is also a member of Men Who Like Feminism, an on-campus group dedicated to combating everyday sexism through the promotion of “healthy masculinity.”