The Way He Looks

Leonardo is a blind teenager feeling overprotected by all of those around him. Struggling towards a more independent life, he has to overcome the vulnerability orbiting his condition. At home, his mother won’t let him do things by himself, or even be alone. At school, his best friend, Giovana, leaves no room for him to stand up for himself before all the bullying. Besides, he’s never been kissed and is pretty confident that no one would consider dating the blind kid.

Seeing no way out, Leonardo considers going on an exchange program, hoping he could start fresh. Things take an unexpected turn when Gabriel, a new student in town, arrives at school, becoming friends with him and Giovana. Leonardo gravitates towards Gabriel, excited to be friends with someone who acts differently from everyone else. Meanwhile, Giovana has to balance her infatuation with the new kid and the jealousy she feels for sharing her old pal. Glimpsing a possible way to independence in this unfamiliar and yet comforting new friendship, Leonardo changes the way he looks at himself and experiences the blossoming of new and intense feelings towards Gabriel.

Two teens try to figure out whether to attend their high school dance as they appear to others in their dreams. 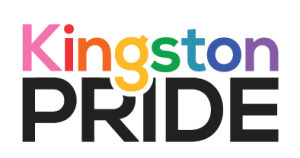