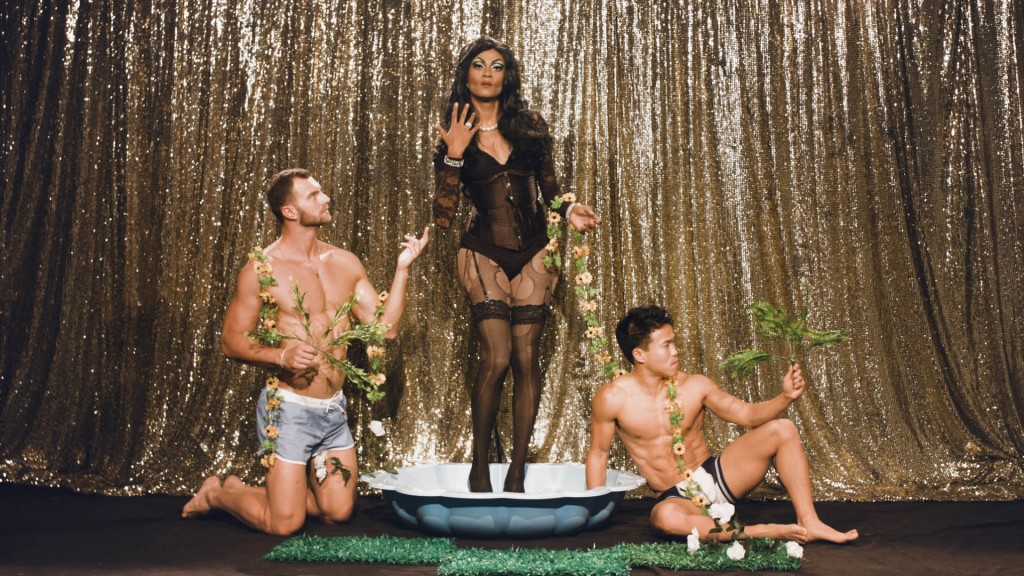 This collection of narrative and documentary short films focus on the lives, both real and imagined, of people whose gender identities do not fit within conventional gender binary concepts. All but one of our docs was made by Canadian filmmakers that focus on Canadian subjects both young and not-so-young. The New Zealand doc Medulla Oblongata takes a more fantastic approach to doc story-telling as do the Canadian narratives In My Mother’s Closet, LIMINA and the UK narrative DUSK.   All of these films however avoid the usual trans-narratives to tell their stories, making for a refreshing and engaging viewing experience.

“Handsome & Majestic” follows the story of Milan Halikowski, a teenager from the rural city of Prince George, BC. As a recently transitioned transgender boy, Milan deals with discrimination and abuse from his peers and teachers at school, as he seeks to find other kids like himself. Throughout these hardships, he becomes a role model and an advocate for trans people in his small community and beyond.

A magical gender-fluid child named Alessandra, led by innocence and intuition, is so curious about the lives of the inhabitants of a small town that they decide to play an active part in an unknown woman’s mourning process.

A film that explores the intersections of being brown, trans, and a woman. Through song and the support of her best friend, Adri reconciles the struggle of wanting to belt out her truth while not wanting to risk her relationship with her religious mother.

Home Made is an intimate, contemplative portrait of two queer tattoo artists navigating an industry traditionally dominated by white, straight, cisgender males. Through their trials and triumphs, the film weaves together the parallel narratives of Jasmine, a shop owner in Philadelphia, and Sally, a stick-and-poke artist in Brooklyn.

In 2015, Victoria-based trans activist Courtney Demone launched the viral online campaign #DoIHaveBoobsNow, in which she posted topless photos of her transition on social media while undergoing hormone replacement therapy. One year later, Courtney revisits the global conversation she catalyzed on social media censorship policies and the sexualization of feminine bodies, and reflects on the impacts of being thrust into the critical spotlight as a visible trans activist and queer feminist.

Granted refugee status in New Zealand due to the persecution he faced for being gay in the Maldives- student Abraham Naim creates his alter ego – the powerful and sassy drag queen Medulla Oblongata, a notable figure in the Auckland LGBTQ scene.

This charming documentary short provides viewers with a glimpse into a day in the life of Paddy, a caring independent business owner, and her Toronto store called Wildside, one of the only places to offer a full male to female transformation through makeup, clothing and hair.

This short film is told through flashbacks over several decades of our protagonist ‘Chris’’s lifetime, exploring how the choices we make can change our lives fundamentally.