GIRL UNBOUND: The War to be Her 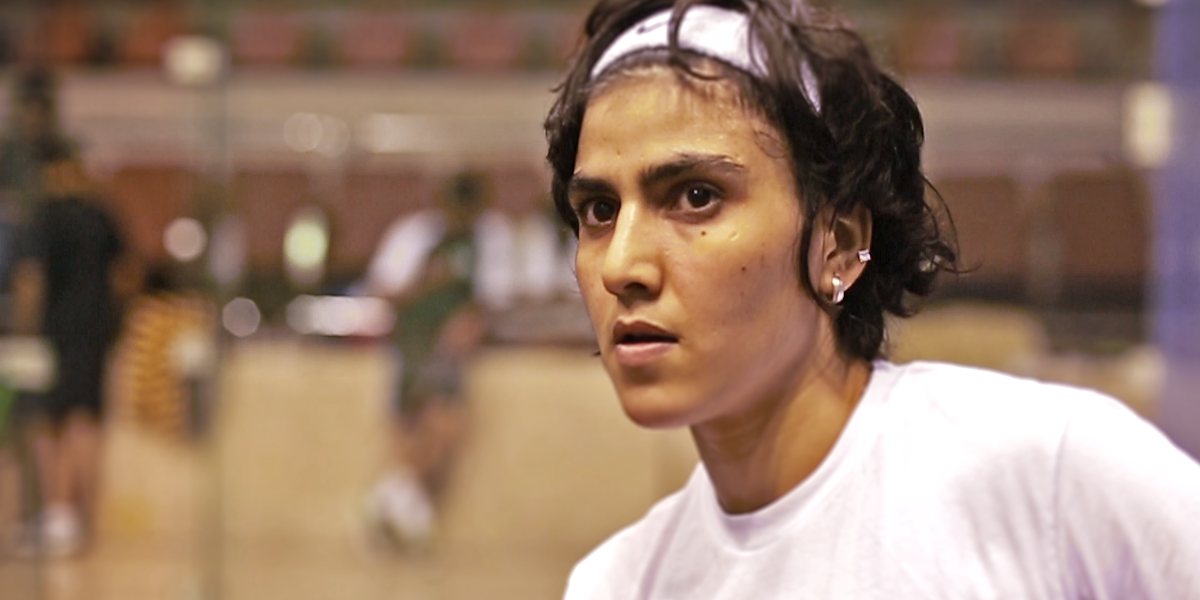 GIRL UNBOUND: THE WAR TO BE HER d. Erin Heidenreich/80min/Canada/Pakistan/Documentary Feature

“I want to tell girls fear is taught, but you are born free and brave. There’s no doubt the Taliban seek to school women in anxiety and obedience, forbidding women to take part in pastimes such as singing, dancing and sports. “I broke all the laws,” she adds, “God help me.” – Maria Toorpakai

Girl Unbound is both a suspenseful drama and intimate portrait of both the Taliban-occupied Waziristan and Maria Toorpakai, who defies threats to her and her family from Islamic fundamentalists in order to represent Pakistan as an internationally competitive squash player.

In Waziristan, where sports for women are decried as un-Islamic, and girls rarely leave their houses, young Maria Toorpakai defies the rules by disguising herself as a boy, so she can play sports freely. As she becomes a rising star, however, her true identity is revealed, bringing constant death threats on her and her family.

Undeterred, they continue to rebel for their freedom.