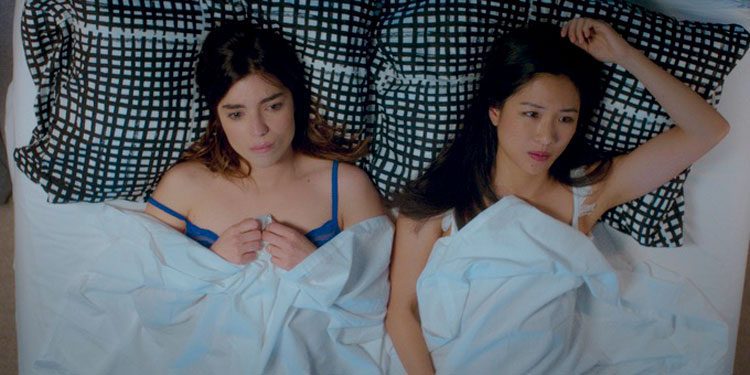 Andi (Fresh Off The Boat’s Constance Wu) and Lu (Angela Trimbur) are excited to celebrate their upcoming wedding with a joint bachelorette weekend in wine country. On the first night, the brides and their friends get wasted, and Lu admits to everyone that she’s never had an orgasm. This admission comes as a complete surprise to Andi and derails the weekend in unexpected and poignant ways. It causes everyone to reflect on trust, love, and their journeys to experiencing their first orgasm.

“The film’s refusal to pan the camera away during Andi and Lu’s affectionate moments is a striking break from the mere morsels typically given to queer viewers of films with LGBTQ characters. Every shot of the couple is a statement written in bold, an insistence that queer stories are to be told, emphasized and characterized as more than just side plots.” –Caroline Smith, The Daily Californian