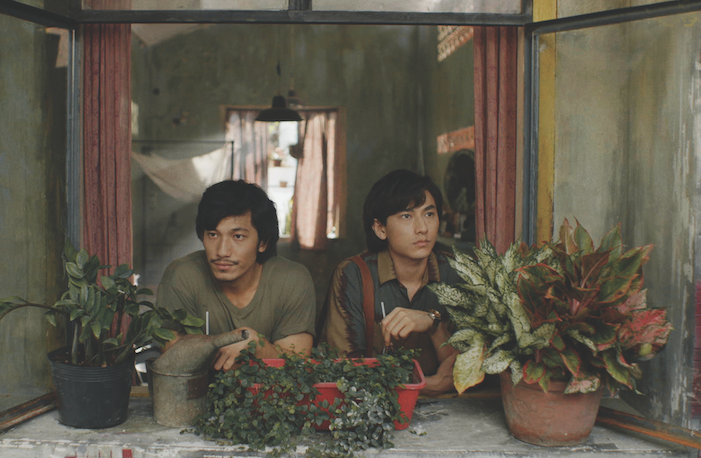 Set in 1980s Saigon, well before the U.S. embargo on Vietnam was lifted in 1994, SONG LANG depicts a gritty underworld whose only source of brightness comes from the gorgeous stage productions of a local opera troupe. A hunky, brooding debt collector forms an unlikely friendship with the charismatic lead actor of the struggling company, and their friendship, to their surprise, awakens feelings in both men.“Song Lang” is a percussion instrument used to control tempo and phrasing in Vietnamese modern folk opera. In the Vietnamese language, it also means “two men.”It is the perfect homonym for a nearly perfect film.This film is an outstanding achievement for first-time feature director Leon Le—who also voices the part of the lead actor in the opera!To date, this film has racked up 25 awards in a wide variety of categories: best narrative feature, screenplay, cinematography, production design, costume design. Festivals in Asia have also recognized newcomer Lien Bahn Phat, who makes his acting debut in this film as the debt collector Dung ‘Thunderbolt,’ as a rising star.