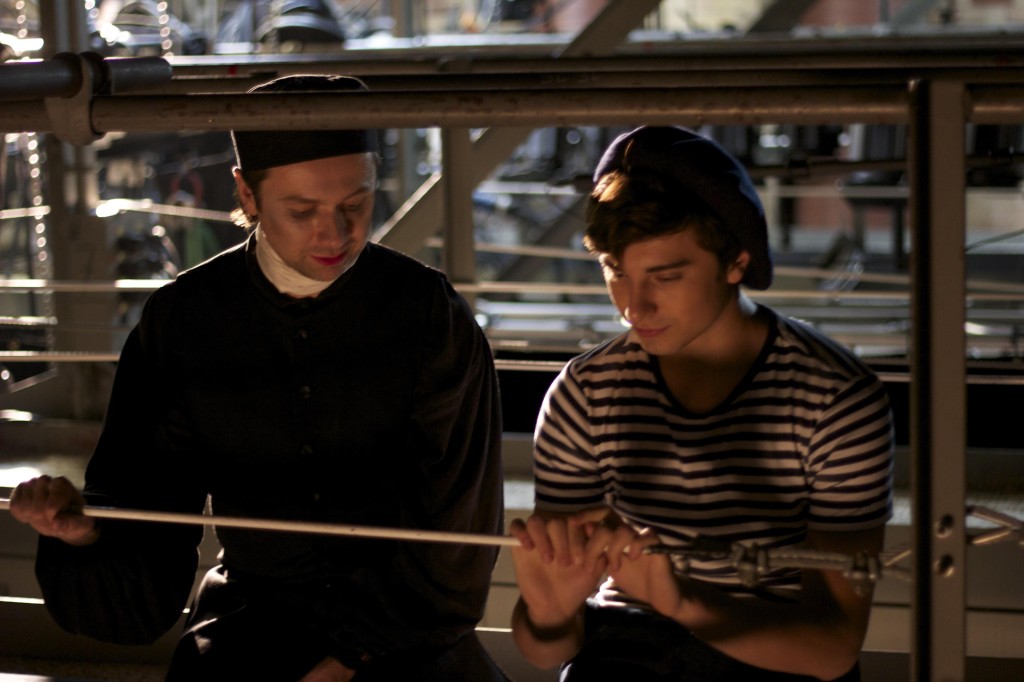 North Bay, as depicted in What We Have, has some friendly inhabitants and some jackasses, but Maurice (Maxime Desmons) hasn’t time for any of them. A sullen French expat, he’s built a wall between himself and the world around him. Throwing himself into the role of miser in a local theatrical production, Maurice won’t socialize for drinks with his fellow cast members and, cruising the local woods, he won’t exchange numbers. He’s more comfortable with young people, particularly Alain (Alex Ozerov), the sensitive teen loner he’s been tutoring and observing at swim-club practice. But with so many watchful eyes, their budding friendship teeters on dangerous terrain.

Writing, directing and starring in this emotionally affecting debut feature, Desmons builds a convincingly claustrophobic small-town world as seen through the eyes of a newcomer who hasn’t dealt with his past.

Preceded By: No Matter Who (A Qui La Faute)

Marie and Lise, it is a time for their first sparks of emotion, a time to learn more about desire and how one confronts a group and their morality.