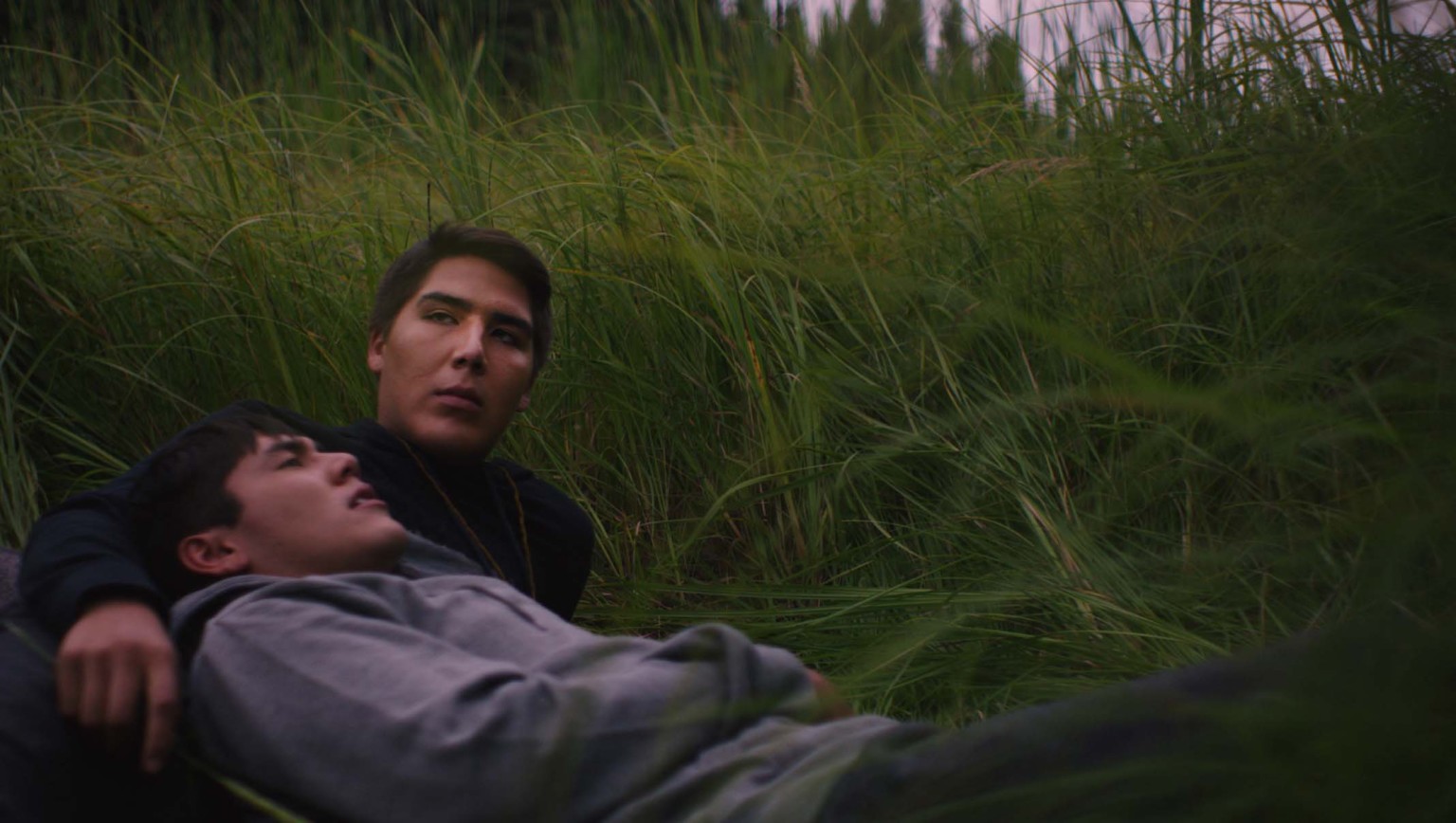 One of the first films by a First Nations director to deal with two-spirited people, the thoughtful and moving debut feature by Adam Garnet Jones focuses on Shane (Andrew Martin), a young Anishinaabe man at a crossroads. Even as his family is still reeling from a recent tragedy, Shane is forced to decide whether he will leave the reservation to go to school — and he’s also faced with the prospect of raising tuition money fast, not an easy thing to do in a depressed area. (Not legally, anyway.)

Then there’s the complicated matter of his love life. While his girlfriend, Tara (Mary Galloway), would love to come with him to the city, Shane would prefer to make the trip with David (Harley Legarde-Beacham), the grandson of the community’s leader. But David is deeply committed to learning the tribe’s traditions, and believes that leaving the reservation would be a cop-out. As Shane struggles with his own problems, he fails to realize that neglecting those he loves may have disastrous consequences.

With sensitivity and intelligence, Fire Song confronts some of the most pressing questions facing First Nations communities. What is it that makes a community — and is a person’s actual physical presence in that community a necessary part of it? Would Shane really be turning his back on those he cares for by leaving, or does the pressure on him to stay prohibit opportunity? Can a two-spirited person be truly accepted by a tradition-bound culture, or do exclusionary interpretations of that culture’s traditions condemn them to make a life for themselves elsewhere?

Tough yet compassionate, subtle and affecting, Fire Song announces the arrival of a powerful new voice in Canadian cinema.