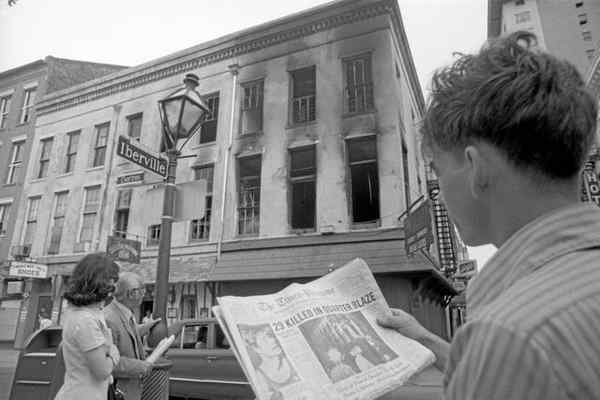 Narrated by Christopher Rice, this documentary is an investigative and compassionate look at the 1973 deadly arson of a New Orleans gay bar called ‘The Upstairs Lounge’: an event which held the title of “Largest gay mass murder in U.S history” for 43 years.

Upstairs Inferno isn’t simply an exposition of the facts. This doc brings humanity into the headlines by shining a light on the very painful effect the tragedy had on survivors, witnesses and loved ones. Their interviews are gut-wrenching and insightful. Some of the people interviewed hadn’t publicly discussed the fire until now. The filmmakers hope that audiences walk away from the film with a renewed call for compassion for members of an oppressed society.