Queer Kingstonians Clear Your Calendars! You’re Going to Be Busy!

Well we’re approaching PRIDE MONTH!!! in Kingston, ON or as its more commonly known… June.   Reelout wishes you a happy pride and a THANK YOU all the members of the LGBTQ2IA community and our allies who have fought for human rights and equality and continue to fight for love and respect.  While there are SO MANY Kingston Pride events and pride-friendly events, here are just a few recommendations.  For a full schedule of Kingston Pride Events click HERE 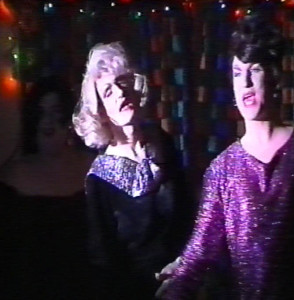 This is a Kingston Pride, Sydenham Street United Church and Reelout collaboration.

The Rotunda Theatre, Theological Hall, Queen’s University  7:30pm  Tickets at the door $10 or pay what you can 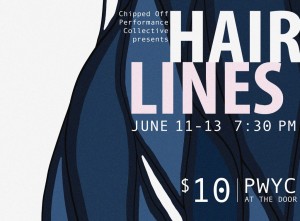 Coinciding with Kingston Pride, Hair Lines is Chipped Off Performance Collective’s second original production. This full-length theatrical presentation features some of the most talented, out-spoken, colourful, brilliant, feisty and entertaining artists and personalities in Kingston, who together, are creating a multi-disciplinary performance extravaganza about HAIR. Why Hair? Because, culturally, politically, socially… what we do with our hair defines and signifies us. Whether we grow it, shave it, colour it, hide it, flaunt it, or remove it, we are making a statement about who we are and what we believe. This project brings professional Kingston artists of diverse disciplines together with dozens of community members to create a theatre spectacle for anyone who has ever plucked an eyebrow, gone for a Brazilian, combed over, shaved off, re-coloured, uncovered, braided, straightened, lost and cried about their hair. 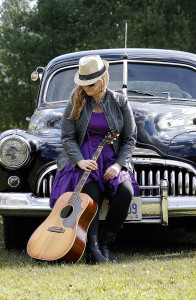 Teagan McLaren and her band play at The Toucan.

Tegan McLaren was one of the amazing musicians who donated her time and artistry to raise money for the Kingston Loves the Queer Community concert last spring.  She’s an incredible musician and well-worth checking out!

On June 5th, another fantastic musician and queer community supporter, Megan Hamilton is hosting a live music event at The Mansion with four other musicians from Toronto and Kingston. NAKED SONGS is a classic “songwriters circle”. All five musicians will be on stage together taking turns playing songs and telling stories about the inspiration and process behind the music. Audience members are encouraged to speak up and ask questions while gaining a deeper understanding of songwriting and the life of a working musician. Musicians include: Rae Corcoran (Kingston) Megan Hamilton (Kingston) Steve Puchalski of The Parlour Brothers (Toronto) Anna Robertson and Lia Dawson of The Diaries (Kingston) Come to hear beautiful music in an intimate setting, getting a rare chance to hear the stories behind the songs. 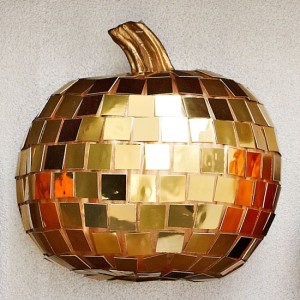 That’s right Halloween in June at The Grad Club!  The organizers of Mercury, a monthly queer dance/social is celebrating Kingston Pride with a Halloween themed party.  Get ready to howl at the moon! 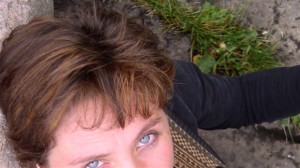 Peek! We see you Jenica Rayne!

In celebration of Women in Sport, Entertainment and Recreation (WISER 1990-1996) is happening! Entertainment including Karyn Ellis, Just Boyz, and an all woman dance band including the always fabulous Jenica Rayne.

The best outdoor concert event in Kingston is a party not to be missed and we’re happy to see Reelout faves Kris and Dee performing at 2pm.  Go to www.skeletonparkartsfest.ca  to see the great line-up of performers.   There is more to the festival then just their centerpiece concert between the dates of  June 20th-29th  so makes sure to visit their website. This event is not to be missed and make sure to pop by the Reelout tent and say hello!

Join a group of queer and allied community members in an open discussion about homo-normativity. What is homo-normativity? And why we should talk about it? During the early stages of some queer movements in North America trans people, people of colour, poor and gender queer folks felt that their contributions to their movements were being ignored and erased. In some cases, they were asked not to be involved. This tendency was called homo-normativity; the effort to make queer movements and people look more ‘normal’ by adopting societal norms and dissociating from queer movements who challenge those societal norms. Today, homo-normativity is often associated with a high emphasis on issues like marriage equality often at the consequence of talking about issues like queer youth homelessness or other considered political causes.The workshop will be discussion-focused. The only expectation will be to start a conversation about homo-normativity and community building. Join us!

To help mark its 25th Anniversary, Kingston Pride added a Village Market this year which will also be held at City Park, located on Barrie Street and Bagot Street, for Saturday, June 14th and Sunday, June 15th. This event is totally free and will include food vendors, non-profit organizations, craft sales and, along with a variety of merchandise for sale. In addition, Kingston Pride is very happy to provide several performances by local bands who have generously donated their time to help celebrate 25 years of Kingston Pride in this community. CFRC will also be on hand to make sure that the music is non-stop.For those of you who wish to set up a booth in the Village Market – please email secretary@kingstonpride.ca for more information or follow the link to the online registration form.

The annual Kingston Pride Parade unfortunately falls on Father’s Day Sunday this year, maybe ask your Dad (or Daddy) to join you? Kingston’s pride parade is different from big city pride parades in that it encourages you to JOIN IN rather than cheer on from the sidelines.  It’s always great to show the general community just how large our queer community really is.  Allies are always welcome!  Everyone is encouraged to meet at City Park at NOON and the parade leaves at 1pm.  If you are a large group especially, the parade marshals need time to organize you in the procession so make sure you’re there at NOON. 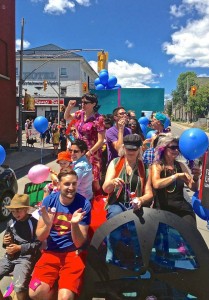