On Wednesday, July 18th the Reelout Board of Directors held their Annual General Meeting where they bid farewell to outgoing board directors Sylvia Grills and Carson Contreras Galaviz and retiring Board Chairperson Aara Macauley.

Aara began her relationship with Reelout as owner of Get Funky Boutique in 2009 as a sponsor. 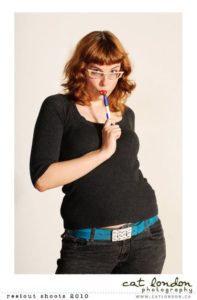 In 2010 she modeled in our marketing campaign for photographer Cat London, and began raising funds for Reelout through HIGH VOLTAGE Burlesque, a collective she was a founding member of. In 2011 she was elected to the board of directors where she became Treasurer in 2012 and then elected Chair in 2013.

“Aara makes a statement just by entering a room,” says Reelout’s Executive Director Matt Salton. “She’s infused with this amazing alchemy of punk meets pin-up & glamour meets geek chic.  For all intents and purposes Aara’s original style and flair should make her intimidating as heck. But her energy, smile and laugh ensures that instead, people are drawn to that energy. She’s a beautiful person to be around and kept our board and our staff happy and enthusiastic throughout her years at the helm. I love that she has this crazy intelligence but is always relatable.”

Aara Macauley will continue her role as the Administrative Coordinator of the Kingston Writers Fest.

Reelout’s newest Board Chairperson is author, academic, and activist Pierre-Luc Landry. “I have huge shoes to fill  because  Aara was such a dedicated, intelligent, and kind chairperson. I’ll try my best to be at least half as good as she was for this organization which I love and care deeply about,” says Pierre-Luc. 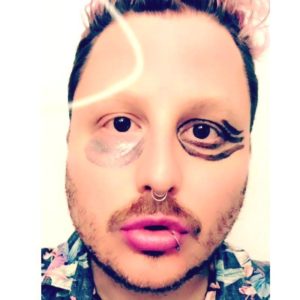 Pierre-Luc Landry is also known for his distinct style and his colourful clothing and bold and beautiful hair colours reject preconceived notions of what an RMC professor should look like. He is a doctor of creative writing at Laval University and is currently an Assistant Professor in the Department of French Language, Literature and Culture at the Royal Military College of Canada. His first novel, The Equation of Time , was a finalist in the CBC Radio Readers’ Prize and was part of the preselection of the 2014 Quebec-Quebec Literary Prize . His second book, Les corps extraterrestres (Listening For Jupiter (English translated title) , won the 2016 Ottawa Book Award.

“Pierre-Luc is a kinetic, passionate force for creativity and advocacy,” says Salton. “I’m thrilled to see the organization being led by an artist who isn’t afraid to speak his mind and that can empathize with marginalized members of our community and has commited his professional and personal endeavours in solidarity with oppressed communities.  Pierre-Luc values and champions the work that we do in raising the profile and visibility of artists and members of the community who aren’t usually the centre of attention, let alone the stars of a film festival, projected front and centre for all to see.”

At the AGM, Reelout re-elected past Treasurer Yvonne Ehinlaiye and elected two new board directors including new Secretary – Amanda Rogers and director-at-large Carina Magazzeni.  Reelout’s staff and board are thrilled to welcome Yvonne back and to welcome Amanda and Carina to the board which also includes Reena Kukreja, Terrie Easter Sheen, Nancy Butler & Gary Cork. 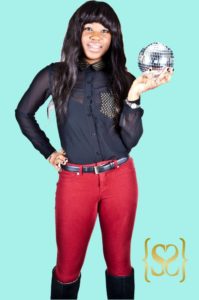 Yvonne Ehinlaiye is a graduate of Queen’s University ArtsSci 16 and currently works in the financial sector. Yvonne is also a writer and spoken word performer and began with Reelout as a volunteer, then Volunteer Coordinator and then elected to the Board and Board Treasurer.  Yvonne left the board in 2016 and we are thrilled to have her back as Treasurer in 2018. 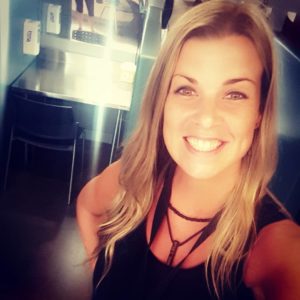 Amanda Rogers is a Harm Reduction Outreach Worker for HIV/AIDS Regional Service where she was worked for over six years. She works from an inclusive, feminist, harm reduction, grass roots framework, valuing the lived experiences of diverse populations. 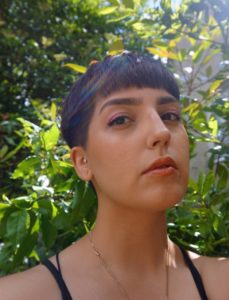 Carina Magazzeni is an independent curator and interdisciplinary artist invested in feminist, queer, and decolonial strategies.  She is a curatorial/admin assistant at the Centre for Indigenous Research Curation at Queen’s University and has been the co-founder of various artist collectives including small potatoes, The Hysterics and think tank collective.