The 21st annual Reelout Queer Film Festival in Kingston, ON Canada took place January 30th- February 8th, 2020.  We introduced a new environmentally-friendly ticketing system that eliminated paper waste and instead, patrons received either a button or a bead as a ticket and later, they were able to use these tokens to rate each of the features they viewed by placing their bead or button in one of four boxes marked “Below Average”, “Average/Good”, “Very Good”, and “Excellent”.  For the shorts programs, audiences were met with yellow bags each labeled with the name of a short film in the program they just watched; audiences were asked to place their button/bead in the bag that represented the short film they liked the most in that program.   We’d like to give a hearty shout-out to the Vancouver Queer Film Festival for this fun, clever and environmentally friendly process!

The vast majority of our films received high regards from our audiences and one feature narrative about opening up a relationship to a third managed to elicit perhaps the most polarizing opinions of a Reelout Official Selection since Ned Farr’s A Marine Story in 2011 demonstrating that old adage, “You’ll either love it, or you’ll hate it.”  However the winners for each award were far and away regarded by audiences as “the best” in each category. 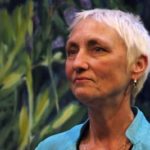 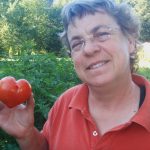 There are two special memorial awards offered at Reelout named after two exceptional women in honour of their unique contributions to the festival over the years. The 2nd annual Kim Renders Memorial Awards for OUTSTANDING PERFORMANCES are all nominated by audiences during the festival.  Reelout attendees are asked whenever they see an outstanding performance to write the names of the actor/character and enter them in our ballot box.  If the nominees are vastly disparate, Reelout’s programming committee will vote on the winners.  Last year the winners of this award were two Dutch actors Joep Paddenburg (From Mars and Venus/Van Mars en Venus) and Jenny Arean (Just Friends) and the cast of Rafiki and in particular Samantha Mugatsia as Kena (Rafiki).   The third annual Betty Berghout Memorial Award for BEST LOVE STORY is given to the film with the highest rate reviews for that genre previous winners were The Feels (2018), and Tell It To The Bees (2019).

We thank all the artists who contributed to this year’s festival and to the audiences who participated in the voting process!  Here are the 2020 winners: 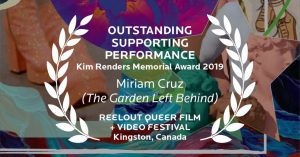 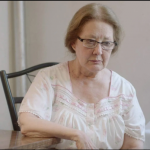 Miriam Cruz (The Garden Left Behind) 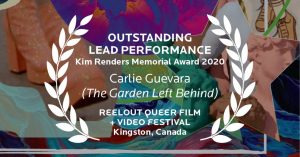 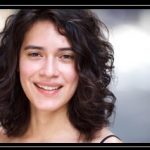 Carlie Guevara (The Garden Left Behind) 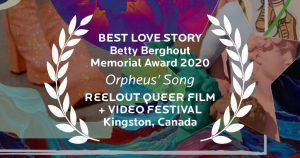 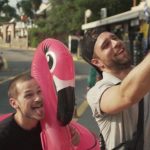 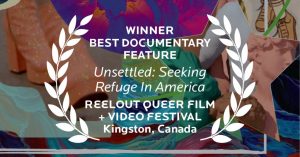 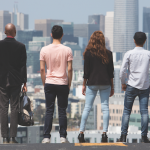 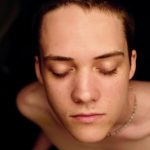 Things That Happen in the Bathroom (USA) 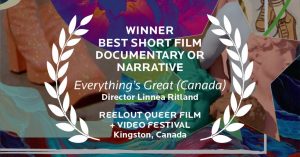 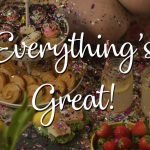 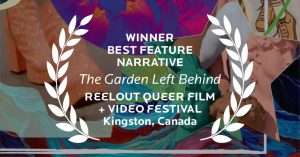 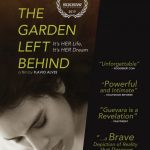 The Garden Left Behind (USA/BRAZIL)

« Tickets and Passes Now on Sale! » Reelout announces its 2021 Line-Up of Shorts and Opening Gala Selection!