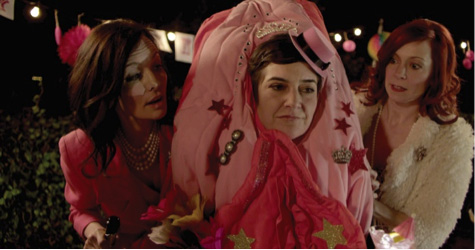 As another birthday rolls around, forty-year-old filmmaker Anna (played by the director) returns to her never-changing list of resolutions: lose twenty pounds, get a girlfriend, and direct a feature film. This year, Anna plans to knock (at least) two of those resolutions out with one stone, by writing a lesbian remake of Who’s Afraid of Virginia Woolf?, devised to win the affections of her leading lady, Katia (Janina Gavankar of The L-Word). With Anna planning to act opposite her beautiful crush, her two best friends, Penelope (Go Fish’s Guinevere Turner) and Chloe (True Blood’s Carrie Preston), round out the four-person cast. Unfortunately, things don’t run smoothly, as egos begin to clash and crewmembers start sleeping with one another. Will Anna go yet-another year without accomplishing any of her resolutions? From the co-writer of Saved! (2004), Who’s Afraid of Vagina Wolf? is a hysterical behind-the-scenes comedy, from Reelout fave Albelo (The Turkey, Where The Girls Are). 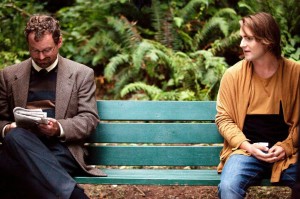 Renaissance Event Venue (285 Queen Street)  DJ’d by CFRC featuring live performances and slideshows of Reelout’s past 15 years.  Admission is included with ticket to the film.